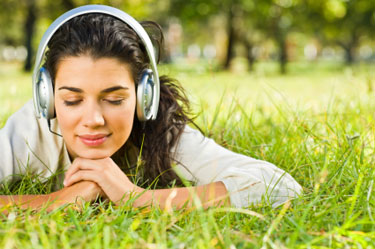 The moment that I started to learn English is impossible to track down and single out ? it feels as if I had always been speaking it. I recall being only a couple of years old and trying to imitate, while playing, that graceful, flowing language that I heard on TV. I was most certainly not making any sense, but I was unconsciously developing a tremendously important part of my language skills: I was reproducing what English SOUNDED like.Parajumpers Jacka Herr
And from my experience as a teacher, I know now that this is what children who have got a natural inclination for foreign languages do. As I have mentioned before, television has played an essential part in my acquirement of English, but it was not the image that fascinated me, it was the sound. And sound also meant something else: it meant MUSIC. If you are a music-loving person like I am and you listen to music all the time, you can?t help being influenced by those English-speaking artists that you fancy so much. Nothing new so far, but what I?d like to add is that, apart from helping develop listening skills, pronunciation and sometimes ? if you pick the right artists ? vocabulary, songs can play an important part in your grammar learning. Many songs which are sung in English contain lyrics that include frequent grammatical constructions, which at times could be difficult to grasp for non-native speakers. And if you don?t take my word for it, this article will present a short list of songs that will help students who are at present struggling with English grammar to grow accustomed to certain grammatical aspects.

If You Were a Sailboat, by the English musician Katie Melua, is the perfect example to prove the point of this article: almost each lyric contains a conditional clause type two, so that it is virtually impossible for one, after listening to this song a few times, not to remember that this type of conditional clause is built by using if plus past simple tense in the conditional clause and would in the main clause. If you were a preacher I?d begin to change my ways or If you were a sailboat I would sail you to the shore are only two examples of lyrics, making me strongly believe that this song could be eligible for being part of English grammar books from now on J. If you are curious to hear more, all you need to do is watch the video and listen for yourselves.

Staying among pop singers, I shall bring into discussion an Australian artist, called Lenka. The name won?t probably ring a bell, but if I add that she is the performer of the song Everything at once used both in Grey?s Anatomy and in a famous Orange commercial, you might start to know whom I am talking about. What is special about Everything at once is that it persistently uses the as…<adjective>… as grammatical construction, an important aspect of what students need to know about English adjectives. As sly as a fox, as strong as an ox/
As fast as a hare, as brave as a bear are only a couple of examples, while you can listen to the rest for yourselves.

Moving on towards a more rock-like sounding music, I will bring into discussion the song Chasing Cars, played by the Scottish band Snow Patrol. If you listen carefully to the chorus of their major hit Chasing Cars, you will notice that it contains a trouble-bringing irregular verb for many students: to lie. The good news is that you can hear and remember both the infinitive form (lie) and the past simple form (lay). The bad news is that the lyrics don?t contain the past participle form, as well J.

Pink Floyd. A legend of music. Wish you were here, one of their masterpieces, represents both a musical gem and a good way to remember that after the verb wish, we always use a verb in the past simple. It?s a win-win situation, both for your soul and for your English grammar.

Talking about legends, another two rock?n?roll icons that I would like to mention are The Rolling Stones and U2. Besides making wonderful music, these two bands can teach you one or two things about a rather difficult English tense, namely Present Perfect. If you listen to The Rolling Stones? Has Anybody Seen My Baby and to U2?s I still haven?t found what I?m looking for, you will definitely recall how to ask a question and how to build negations with Present Perfect Tense for the rest of your life. Moreover, you won?t forget 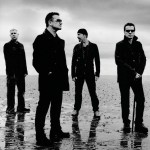 that you always form Present Perfect with the auxiliary to have plus the past participle of the main verb, but also that still is one of the key adverbs that signal the presence of the abovementioned English tense.

These being said, I can only conclude this article by saying that there is so much beauty and comfort to be found in music, that it would be such a shame not to embrace it and use it constructively. The advantages of listening to English music are numerous and I always encourage my students to practice, as often as possible, this type of language immersion. I strongly believe that learning does not have to be tedious and difficult and, let?s face it, the British have always made spectacular music!