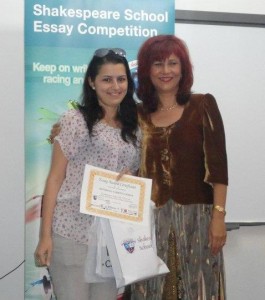 “And more, much more than this…
I did it my way” (F.Sinatra)

I am sleeping. Or not.

I am dreaming. Or not.

Am I an original piece of this world? Am I ME?

But… as Lucifer decided to be “different”, and we all know the story, we also opted for transforming our innate nonconformism into a perfectly homogenized conformism. This is the irony: in our sleepless attempt to be special, we always end up in an annoying banality. It is all about our lack of self esteem and about us underestimating ourselves. We always tend to believe that everyone is significantly better than us, that everyone”s ideas are much more plausible. Vicious circle.

Being a nonconformist does not imply “fabricating” ourselves to smile, dress or behave in a specific way we consider a target by following a general recipe. It is just like pushing the “play” button. No, nonconformism is about preserving that innate part of us which is our forever and personal trademark. We do not have to wear THOSE clothes to reach a certain level on the virtual pyramid of nowadays society. We do not have to go THERE or to do THAT. We do not have to use a commonly known trademark to give the false impression that we want to break a pattern.

Just because the gift of being unique is as old as we are does not mean that it is old-fashioned. This permanent attempt to transform it in a more trendy one by copying or by following other people”s way is nothing more than a repeated failure in searching the only nonconformism that exists: the one from our souls, from our brains. We could never be like-minded. So why do we struggle to gain a place in the huge crowd called “mass production”? Does that mean that we are constantly fighting against our purpose on this world? We are not machines. Not yet. We are sensitive humans with warm souls and red blood, not those pseudo-humans of the future called robots – we have to admit that the nowadays nonconformism is simply transforming us into perfectly similar robots.

That is why I keep asking myself “why do I have to be a nonconformist like everybody else?”(J.T.) Am I not allowed to do things in my way?

What is happening to our society?

Despite the fact that I do/can not have a reply to this rhetorical question, I know a certain thing, the most valuable one for me: until now, I did it my way. I prefer to be a nonconformist like me, not like everybody else.

I am a trademark and I know it. You are a trademark. Did you know it?