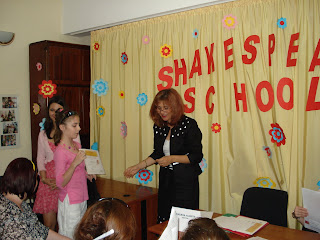 Savers of the Amazon Jungle

Finally, school is over! After a year of learning, writing and reading, it’s summer time! Three full months of relaxing under the bright sun and sixty days of having fun, doesn’t it sound good? But wouldn’t it be even better if you’d spend your holiday far away from home, in an unusual place which can’t be visited by anyone, somewhere like… THE AMAZON JUNGLE?

That’s how it started: my friends (Stacy, Michael, Chelsea , Jonathan) and I , nature lovers, wanted to see the luxurious rainforest in reality. For that we had to work very hard, so we all tried our best to contribute, each of us in his way. Jonathan , the team’s ‘’brain’’ built a strange, but non- polluting transportation machine which could take us safely( we hoped) to destination.

After months of preparation, we were ready to launch. The journey was loooooong and crazy , but our friend’s creation worked quite well. As we arrived, we couldn’t believe what we were seeing: a black, white and grey forest, which looked as if it was displayed on an old TV screen . Was that the Amazon Jungle? No ,no we must’ve been wrong when we made the maps, but Chelsea, the geography maniac said that we were exactly where we planned to be. Suddenly we could see an un-coloured monkey jumping in front of us.

‘’ Of course we won’t! We’re here to see the Amazon Jungle. Are we in the right place?’’ asked Michael.

‘’What happened to your home?’’

‘’ Witch Pollution and Monster Hunter cast a spell, so that the ra

inforest is no more a living habitat for us. The vegetation is dead, as you can see, and lots of animals have been killed.’’

‘’We’re so sorry. We promise that we’ll save the Amazon Jungle, if there is a way. Is there?’’

‘’You can bring the rainforest back only when children will learn to appreciate this natural wonder.’’

That was really difficult. But we thought of something interesting enough to make kids of our age love nature, as we do. And I had a brilliant idea.

‘’Why don’t we make a blog or a site about the Amazon Jungle, kind of a club for children all around the World? It will be fun of course, with games, information and communication. And all that preparing for… an international summer camp in the rainforest!’’

So we started working on it and lots of kids were interested. They all took part at the online ‘’classes’’ and at the end of the ‘’term’’ they were all ready for the exotic holiday. Jonathan made a gigantic transportation machine, better than the old one , and we were ready to go.

It was a wonderful week, full with activities of discovering nature. The spell was broken , too, and everybody had fun. Animals were thankful that we could save their home . We made friends, who officially became, at the end of our summer camp, ‘’Savers of the Amazon Jungle’’.