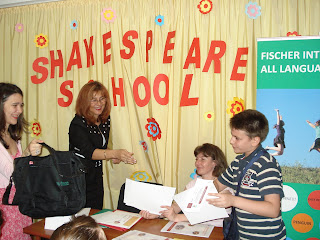 Why my choice is the Amazon Jungle?

As much as I would be curious about the Kilimanjaro Mountain because of its long history, its unique vegetation or the idea that it’s Africa’s highest mountain or the Kilimanjaro National Park, I wouldn’t take the chance to be whipped off by the lava in case of eruption (which it is said it is possible to happen any time).

Also, as much as I would like to see a place like the Gobi Desert, which is the fifth largest in the world and Asia’s largest desert, a place where there were found dinosaurs fossils and where you can still find so many species of animals, I wouldn’t take up with the cold/ too hot weather there. It is known that the Gobi Desert has a climate of high extremes and rapid changes of temperatures, extreme dryness in the winter and icy sandstorms and snowstorms.

I have to admit that I was a bit undecided about weather to choose my summer camp adventure to be at the Maya temples or in the Amazon Jungle. The Maya temples for me are a great curiosity. The Maya civilization it’s still surrounded of mystery and secrets. But then I thought going there wouldn’t mean I would discover these secrets. I would probably leave at the end of my vacation with maximum whatever other tourist left. So my thoughts went towards the Amazon Jungle. Why? Probably because I can see myself there more than in all the other places and I think there are dozens of possibilities there.

Some of the things I would like to visit in the Amazon Jungle would be: the Amazon Rainforest, the Amazon River, the city of Manaus, the Anavilhanas Archipelago, Rio Negro, Ponta Negra Beach, Botanical Garden, Municipal Park and last but not least the Nazi graveyard that was discovered deep in the Amazon rainforest.
The Amazon rainforest would be, in my opinion, a great place to see a large variety of animal and insect species. The trees there are magical. It is believed that they can bring rain if you knock their trunk and also you can drink water from them. I would definitely try that. I would probably eat every kind of fruits I could because I am sure there are fruits there, I can’t even imagine existed.

I would try to integrate in a tribe like shipibo-conibo. This tribe believes, like me that all the plants and animals have their own spirit and they communicate between themselves, but also with the people that know how to listen. I would also try to learn from this tribe the healing power of plants. Building a hammock out of tropical creepers and live in a clan would be a one in a lifetime experience. I would learn to communicate without being stopped by the language barrier. Piranha fishing, alligator spotting, tiger riding are just more of the crazy things I would do. Another one would be to canoe through the endless water of the Amazon, which holds 20% of the fresh water on the planet. I would also like to swim with this rare species of pink dolphins that live in the waters of the Amazonian rivers.

In the city of Manaus I would probably shop, visit ecological parks, a famous opera house named Teatro Amazonas which is a copy of “Grand Opera de Paris” and one of the most significant neoclassic monuments in Brazil.

Other things I wouldn’t miss doing in the city of Manaus are visiting the giant water lilies, forest trekking, swim and canoe in placid lakes.

Anavilhanas Archipelago is the world’s largest fresh water archipelago of river islands, and it is located on the Rio Negro, 100 km from Manaus. Anavilhanas is made up of 400 islands covered with forest – a great location for exploring. I would love to see its black waters and the white sandy beaches and natural formations of roots and trunks that are revealed during the dry season.

While reading about the Amazon Jungle, I came across this news that a Nazi graveyard was discovered deep in the Amazon rainforest. My curiosity pushed me to imagine myself there, taking photos and trying to explain myself the existence of this graveyard. What’s it like? How did it come to be there? What do local people know about it?