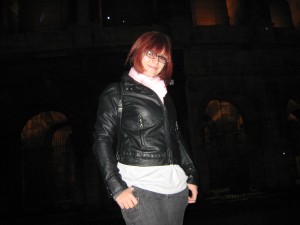 As a child, I thought that doing the right thing is what defines us as people and that both written laws and conscience tell us how we must act correctly in any situation. But as time has passed, I discovered that people cause pain, often only because of their pleasure to hurt others. This intrigued me, but, equally, cultivated my desire to learn about human behavior and what can make people act against the law. I am especially interested in juvenile crimes, as yet I cannot explain how a child, which should be pure, is capable of such terrifying acts. Studying psychology in school, I understood the importance it plays in everyday life. Psychology explains every gesture that a human being makes, but because human thinking is so complex, it is very difficult to establish a pattern which each person might follow. For this reason, I want to know what can make people turn against the laws, made by their peers to improve the standard of living and provide security of tomorrow. Often I wondered how the world would be without laws. Although at first there would probably be chaos, I believe that after a while, society would go back to normal, people would continue to act after the old laws, even if now they would be unwritten. I think this is because each person has something good in it and morality plays an important role in the behavior of a human being. However, there are people who defy written laws and moral laws and return against society. What makes people act like this? This is a question that I hope answer by studying psycho-criminology. Because of my passion for this field, I watched many documentaries that present evil, in his strongest moments. I am particularly fascinated by the “Scale Evil of Dr. Stone. In the largest extent, I agree with this classification, but I believe that certain circumstances can change the entire perception of evil showed by a particular delinquent. I hope that by studying psycho-criminology, I will be able explain even a small part of the way this persons think when acting. I wish I could penetrate into the depths of this area, a thing that will help me to understand the human mind and how it may act in different situations. Being a volunteer for more than 3 years, not only did I help organize events at the county library Europe Direct centers, but I participated in numerous seminars with the theme of EU issues and have written magazine articles. In addition, this center has been my gateway to multicultural exchange programs and many more opportunities that they offer. This thing has developed me and has helped me to acquire some skills, such as the ability to work both in team and individual. Thus, I realized the importance of good collaboration between team members, who must assume a role, in which they fit best. I also learned that respecting deadline is essential to finally carry out a task, which is impossible without having a good time management. I think one of my greatest qualities is the ability to listen and analyze. I do not think that things are divided only in black and white. Often, the truth is in between and the only way that you can learn this is by looking at the issue from several perspectives. In addition, I am able to see things both overall and in detail, as the whole is made up of many small parts that can often provide the answer. In my opinion, these qualities are necessary for a person who wishes to study psycho-criminology. Psycho-criminology will challenge me every time and it will help me penetrate deeply into a subject that fascinates me: the minds of villains.