English – His Way to SUCCESS 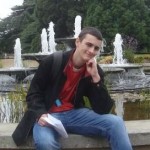 Someone said “Happiness is a choice. Your circumstance can affect it, but you’re still the one who decides your happiness”. We wanted to know if Mircea Neicu is happy. But instead, we are going to let you decide that, right after reading his answers to our interview. For the time being, we are just going to tell you he surely decided his happiness when he made up his mind and applied to universities abroad. He is now successfully studying Psychology in Lancaster, one of the best universities in the UK. 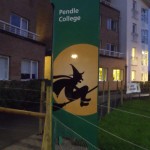 So we are HAPPY and PROUD to find out he first thought of becoming a student in the UK when he visited Shakespeare’s country for the first time, as our IInd place winner of the 2011 edition of the Essay Competition. His big prize took him on a summer camp to Cambridge. That’s when he realized he had to go back and study there. We are happy to see our competition opened a door towards a different perspective. 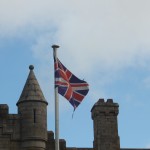 Dear Mircea, when did you first start learning English? What was your biggest motivator in wanting to excel?

I would like to mention that I still consider this a mystery in itself. I remember countless events when as a first grade student I could recall basic words out of thin air, without prior knowledge. In later years, when discussing this subject with those equally interested in the English language I discovered we had one thing in common: the English  cartoons we used to watch from a very early age. When I refer to it as a mystery I do not mean inexplicable, but I call it incredible and hard to believe.Up until the age of 6, children have something informally called a ”sponge-mind”. Basically they have this ability to absorb an incredible amount of information in their continuously developing brains. This is what happened with me and some of my classmates. Our passion for animated films and TV shows drove our minds into processing, connecting and understanding the English language on a  level equivalent to a few years of English lessons in the classroom. However, this happened because we had no choice in the matter as the only cartoons we could watch were those without Romanian subtitles. I know that a few years back, they decided to remove any kind of subtitles and add Romanian audio over the English one. This, in my honest opinion, was a mistake. A toddler or  any young child should be given the option to explore the world in his own way, not to be guided through what is considered ”right” for him. One should have the option of not only English animated TV shows but also French, or even Chinese. It develops the brain to adapt to the world of today, a globalized one in which linguistic knowledge is the key to success. 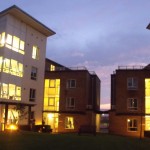 In regards to the motivator, there is one wise saying:  ”You enjoy to know more about what you know most” – because knowledge creates love for the subject-matter and love for the subject-matter inspires desire of more knowledge about it. I guess it’s more of an “unvicious” cycle. But of course, I will always remember my English teachers. They are the pillars on which I built everything I know and I acknowledge that without them I wouldn’t have acquired the knowledge or passion for the English language.

What is the most interesting experience you’ve had in Lancaster? Tell us something about your student life.

This is a tough one. I am not much of a party-goer so most of my time is spent on more intellectually satisfying activities. With the exception of all the great moments spent with my close friends I could mention scenes from the academic environment. As a Psychology student I participate in psychological experiments, helping the third year students in their dissertations or professors in any projects they create. One time, I participated in an experiment where the aim was to recall words previously seen on a computer. After recalling them I was presented with them again. The aim of this one was to test the hypothesis that humans are psychic and future-seers. I guess this perfectly describe the anecdotal stereotype that psychologists are crazier than their own patients. Another time I was invited to take part in an eye movement tracking experiment. It was a very interesting experience to see how instinctively my eyes move in one direction with only a word as a clue. But of course, the machine tacking my eye movements was it itself fascinating. One recent memory is getting my first A in an essay. The idea behind the academic study of any subject is simply learning from mistakes. Thus, we were told nothing of how to write our first essay, not even general guidance. As you can imagine, everybody was disappointed with their grades but the idea supporting this was not to give up, but to try even harder next time.  On my second try I got it perfectly right and I understood that the British system not only allows for originality (not giving one barriers to begin with) but also for strong empirical evidence because no matter how powerful, words can fly away, but with strong proof supporting them, they will remain firmly grounded. 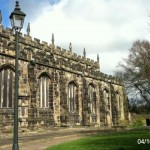 What is your next career step?

I ask myself the same question everyday. In the past couple of years I have been teaching English as a hobby. I find great satisfaction in helping those who genuinely need help. I want to make the world a better place, one helping hand at a time. Aside from this, I wish to continue studying my current major, Psychology and Criminology. There is no easy answer for such a question, but only to continue doing what I love and to hope that what I do will be appreciated by someone, somewhere.

You can only be successful with this type of attitude towards life and everything it throws back at you. Mircea has worked his way forward, he grasped every opportunity there was and never gave up on his dreams. Here at Shakespeare School, we are happy to hear we opened at least one of the doors for him, through our Essay Competition. Good luck in everything you do and never cease trying to become your best self. 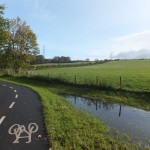