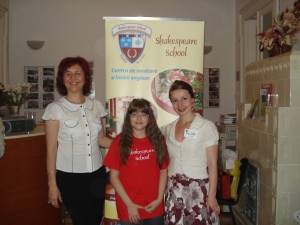 What is a fantastic world? It is a crazy world , but a very beautiful  one, where everyone can be anything, where everything is allowed , a world without rules and without the word “need”, is a fascinating world, a world in which everyone wants to enter and participate at our favourite  hero’s adventures.

With no shoes, with little steps, I entered Pandora Planet. Here, the avatar named Jake Sully, invited me in his secret world.

Because the time was short and I wished to explore many things , Jake Sully called his horse, Shahayla to help us in our trip.

Before I got on the horse, I asked Jake to transform me into an Avatar. He told me that this thing is impossible, but soon I understood why.

With every step I made , Pandora Planet gave me odd sights, but of an outstanding beauty.  With the help of Jake’s ponytail, we connected with the ground. I felt its pulse. The wind breeze caressed my face. Trees and flowers in geometric forms, spread a dizzy perfume. The soft grass danced on Beethoven’s songs. Colorful butterflies played with little insects. The high mountains, with their peak caressed by the clouds, were guarding , protecting the land. They were surrounded by the clear, pure rivers. On the ground I saw creepy footprints. The beauty of the moment is still hard to explain.

Jake told me that these beautiful things of the ground are the present given by the heaven. So he called Ikran, the dragon-bird, and we flied. We connected again. A peaceful silence captured myself . Here, in this interesting game of the shadows and lights, appeared the face of an old man with the print of the time on his cheeks. The sun, dressed in a red cloak, was playing ‘Hide and seek’ with fluffy little clouds. A silver sickle, with many fireflies, was waiting to be the queen of the night.

There, where the sky and the sea got together, we were waited by the dolphin Kxani. He drove us in a mystic world, right in the heart of the salted water. Jake’s ponytail helped us to connect again.

I discovered a huge sandy city with illuminated streets just like a maze . Many marine animals and plants lived there. They all had different colours and aspects, which made me really confused. The sea was full of big spiders, sponges , shells and corals. Transparent things with creepy tentacles, were trying to touch us. The god of the sea who was very curious , was sending his waves to the shore, trying to find out the secret of the land.

The time passed very fast, but the memory of the places I’ve been through, remained in my heart like a burning fire.

I said goodbye to my hero and I came back in my world. Here, I found out that I took a souvenir: the Na’vi language. When I looked in the mirror, I understood why Jake Sully didn’t want to transform me into an avatar. I am an AVATAR. I am an avatar in my fantastic world, which unfortunately, isn’t appreciated enough for its beauty.