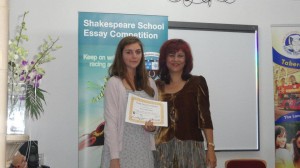 Conforming to the boundaries of this white sheet,I express my individual ideas in debating the limits of ?conformism.

What if I sent my essay written by hand, on a crinkly aged sheet, coffee stained in the corner? Every single detail of that act is the true way of irrational developing a conscious thing. An unusual method, right?

The stain, the texture of the paper, the personalised characters enhaced the power of my work. But I wouldn’t tell you this detail, nor any explanations on it so you could experience the final, raw product. Am I just another excentric, lousy attempt at avant garde and nonconformism?

21st century facts us as genetically unique. Ironically, we can only learn in one way: imitation. In the present Urban Jungle, within 7 billion patterns of biologically unique creatures we face a voluminous bag of concepts,images that we can more or less relate to or find appealing. The thing is..you can get lost. As scientifically proved unique creatures, we do not accept the mediocre status .Fear of living without an individual sparkle is linked to lack of food. Success is our favourite course and without it hunger gets terrifiying. Fear leads to desperation, developing into increasing numbers of more or less clinical forms of madness.This is a disease that changes the primary biological common body, and transforms it into something?different! But, isn’t that linked to individuality and originality? Is it possible to stop the cravings? Madness creates an original view. It doesn’t conform to normality. The excitement is overwhelming! Nevermind its pathological status, originality must live for its sake! We can finally be more than unique through genes, we can be true icons! But there is one problem: it must be pathologically induced like any other disease. And if it doesn’t come , we induce it. We find ?trends and ?icons? achievable and intriguing. Our hunger for sensational gets bigger and bigger . ?Look! There’s Lady Gaga on the red carpet, with a tin hat on her head getting a good hand by millions of little monsters!, ?says the 12 year old girl, whose mom and four older brothers are still freezing in the market, selling their last crop. Facebook generation gives us a hint thanks to their ?posts ?on their ?walls? ?sharing? their profound thesis on the matter desperately hoping for an original ?comment? that will attract hundreds of ?likes?.

Is this evolution? Whether we admit it or not, a panoramic view collects us, monitored creatures trapped in this industrialized, technologically dependent game show. We struggle to its epic end: ?Game Over?. But there is always an ?escape? button that lets you start a new game or a different version of it. If you download the pirate version or simply pay the fair price it’s up to you.