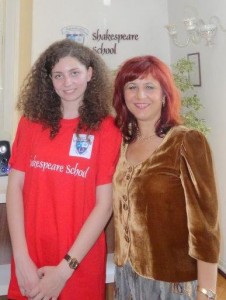 From time immemorial, man has been influenced by inner impulses conducive to admiration towards those elements that fly in the face of mainstream behaviour. Put another way, nonconformism has been attributed with the status of mantra and, moreover, in some cases it has been accentuated to such an extent as to be regarded as a life philosophy. However, the problem is multifaceted and it is my firm belief that unconventional conceptions cannot lead to uniformization, bearing in mind the fact that they are not generally accessible and can only be plagiarized.

I see fit to express the conviction that there is more to nonconformist thinking than the eye can see. Such an attitude does not stand great chances of gaining ground or of becoming generally adopted, thus implying the imposibility of creating a pattern. In other words, behaviours which defy common conceptions, which should be to all intents and purposes associated with nonconformism, represent a threat to the sense of security within the society and do not attract the large mass of the population. A relevant example is provided by the hippie movement which has always been represented by limited groups of genuine believers, who not only adopted a particular view on life, but also an adapted lifestyle.

Furthermore, if we are to do justice to nonconformists, it is of utmost importance to differentiate them from those who attempt to reach the spotlight by adhering to particular trends. By definition, the former are not followers, while those who adopt patterns seek to conform to certain directions. An example capable of striking home in the matter, nonetheless relevant for the attitude of the young generation, is the famous American actor James Dean, regarded as ?a rebel without a cause?. His refusal to conform to the lifestyle imposed at Hollywood and his dedication to the career of actor and not to that of celebrity portray his as a loner, guided by no model whatsoever.

There may be voices who argue that any nonconformist idea which is adopted by the public, either on a large scale or not, leads to imminent uniformization. On the contrary, in my opinion, genuine nonconformism cannot be conformed to, but adhered to and, if this is the case, the wide public is unlikely to prove such a behaviour. Nonetheless, those ideas which create trends cannot possibly be manifestations of nonconformism, but behaviours based on momentuous judgement, regarding domains such as clothing or music.

All the aforementioned arguments being considered, it is a fair conclusion that the attempt to be unconventional, which leads to uniformization, does not equal nonconformism. Following the words of John Lennon : ?You may say I am a dreamer, but I’m not the only one?, it goes without saying that there have always been individuals sharing the same beliefs, but it is the continuation that proves that, if their convictions are genuine, they cannot become general : ?I HOPE that some day you’ll join us?.