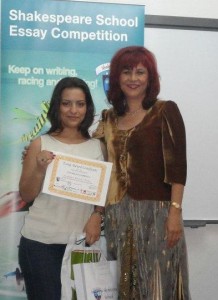 ”It appears that in our attempt to be unique, we end up walking around as copycats of others”, a psychology teacher explains. Nowadays, being different means being rebellious. Furthermore, who wouldn’t wish for a reputation of a nonconformist? As far as I am concerned, I strongly believe that by everyone’s attempt to break the pattern in the same way, we will only end up generating another pattern.

Firstly, from my point of view, the main predicament of the society regards the social behavior. Unfortunately, we currently live in times when the ambition of adapting, being popular or being loved is significantly stronger than the desire of being unique and showing your true character. Notwithstanding the fact that the social pressure individuals are being put under changes their integrity of morals and detriments their personality and expressivity. Throughout history, many have tried to be non-conformists, but have failed, due to the immediately provoked wish of the society to be different in the same way. For instance, THE iPhone. Owning such a gadget denoted wealth, which dragged after itself the envy, but also the admiration of your peers. These two mixed feelings one had, not exteriorized, but self-cognized, unleashed the fake desire for it, resulting in individuals saving up and buying this object only for the sake of being part of the admired persons. THE iPhone is in my opinion the most relevant example in this case, due to the fact that the people’s  need of proving themselves led to this gadget being the most bought smartphone of all.

Secondly, it appears to me that the media has an important role in this ”let’s all be different in the same way” trend. All the radios broadcast the same songs, of the same artist, of the same music genre. Not only does the music bussiness make a great profit, but many products carry the names, faces or signatures of pop stars. Although I do not sympathize him at all, I will take as example Justin Bieber. He does not produce spectacular music, nor is he handsome, but the fact that he and his music have been advertised continuously on TV, on radio and in magazines induced the idea that he is a great music star. Therefore, I believe the citizens break the pattern in the same way as an effect of effortless acces to shallow music, due to agressive marketing.

Conversely, one may argue that the true acts of non-conformism are represented by extreme acts, such as hair dyed pink or a whole-body tattoo. These are scarcely imitated by others, due to the risk of health or appearance damage.

In conclusion, I strongly believe that in the individual’s attempt to be different and more evolved intervenes the society. This only concludes in renewing the definition of “normality” each and every time. Even though it is hard to resist the temptation of being part of the mass, we should guide after what Oscar Wilde once said: “Be yourself, everyone else is taken”.