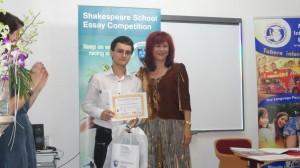 Humans are inherently gregarious and crave for affiliation, being much more so in their minds than in their bodies. To stroll lonely is far more bearable than standing monastically in your creed. Yet, there is a vigorous mainstream, prevalent amongst youth subculture, of converting to rebellious practices.

In fact, in every generation is equally manifested the Beat Generation’s spirit of eccentricity and denial of hereditary principles. Either to counter-balance the inertia and fossilism of previous generation’s determinism, or because of peer pressure and yet unleavened personality, they may succeed at the outset to break the mould but supporters become die-cast toys.

Youth has propensity for breaking rules and charting a new legislative territory. Therefore, adhering to unorthodox lifestyles means the person had defied the conventional and risen above the law of averages. For the bygone generations they are the epitome of heresy, a group of dissidents in social terms. Turning upside down prevailing customs, testing the elasticity of rules, demystifying are their shocking policies to the latter. Nevertheless, this form of non-conventionality is defined as anti-conformity, the opposite ideology and pragmatism of how the counterparts behave. Personal fragrance is nullified, the marginal dogma, but pervasive within the group, is supreme and authenticity oddly resembles polarization.

But swimming against the tide has its limits as freedom does. Once the path is chosen, either well-trodden or a new trail the person is subject to its rules. Similarly, unorthodoxy means blending into the scenery of nonconformists, falling into conventional. A more accurate observation would be that, in these terms, nonconformity is an elusive, superlative concept, since no one can be fully original. Moreover, the present convention is the sum of all proximal ensuing nonconformities from the primordial times until now. Thereby, stepping out of pattern is a prototype in itself, and, consequently, being a nonconformist makes you even with someone who is not according to your definition. However, for the sake of sparing the cosmetics of uniqueness, we may concede that individual variations within the model are the marks of identity, although, more precisely, a self-congratulatory subterfuge.

The broadest meaning of nonconformance refers to a self-determinative, consciously assumed practice of the personality, which is not bound to labels, but could fit, partially or wholly, one or more of them, leaves a new track on a beaten pathway, even though it may be a shortcut. Hence, any deliberate and reason-based act even if unoriginal could be seen as quirky. Blending a tinge of classical in unusual styles and a speck of modernity in traditional approaches, inconsistency in following the rules, swaying between decisional and whimsical authenticate a person as a living uncommonness.

To sum up, the rare form of sheer nonconformity, does not behave as antagonistic, or limited, but as autonomous, personal and highly innovative amidst the conventional, normal within the parameters of solitude and gregariousness. Provided that the person acts in accordance with these conditions the nonconventional status derives naturally, otherwise meritocracy does not offer this privilege.